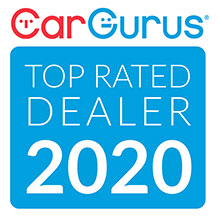 Are you in the market for a new crossover or small SUV? The new Toyota RAV4 is tough to match when it comes to value, versatility, style, and features. Gosch Toyota in Hemet, CA, is the dealership to turn to when you want to drive the new RAV4 near Riverside County and Murrieta, CA. Shop our online inventory now to locate your new Toyota RAV4 in Hemet, CA at a highly competitive price!

Highlights of the New Toyota RAV4

Toyota continues to add features to its popular RAV4, including with the latest line of RAV4 models. For instance, optional amenities in prior years like adaptive cruise control, pre-collision braking and lane departure warning have now become standard features for new RAV4 SUVs. There is a RAV4 Platinum trim for the latest model year, too, which represents the top of the line among the new RAV4 models. The new RAV4 Platinum includes highly modern amenities like a bird's-eye view backup camera, heated steering wheel, motion-activated power liftgate and Toyota's Entune premium audio system with navigation as standard equipment.

Interior Features and Trims of the New RAV4

With standard features like a large touchscreen display, Entune audio system, integrated rearview camera and Bluetooth hands-free phone connectivity, the new Toyota RAV4 comes exceptionally well-equipped even in base trim. Like previous RAV4 models, the latest RAV4 line is available in a range of trims, including the the RAV4 LE, XLE, Limited, and Platinum. Drivers who select the Toyota RAV4 XLE trim will find a number of valuable upgrades like a height-adjustable power liftgate, plus dual-zone automatic climate control, complete with a cabin air filter.

The Toyota RAV4 Comes Standard with Power and Versatility

If you are like most drivers, you want fuel efficiency and capable power in your new crossover. Toyota's new RAV4 provides both fuel efficiency and power, thanks to its 2.5-liter inline 4-cylinder engine that generates 176 hp. The RAV4's standard 6-speed auto transmission with intelligence (ECT-i) pairs nicely with the inline-four engine in delivering outstanding fuel economy for the crossover SUV segment. Front-wheel drive (FWD) comes standard, while Toyota's all-wheel drive (AWD) system with dynamic torque control is offered across the line of new RAV4 trims.

Shop at Gosch Toyota for a great price on a new Toyota RAV4 near Murrieta, CA! Our auto service center is ready to perform routine maintenance on your new Toyota down the road.